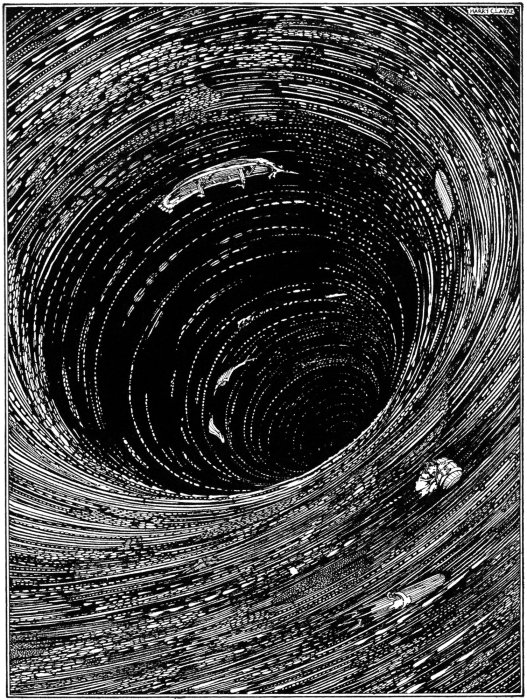 Virgil Thomson said that the purpose of music criticism is “to aid the public in the digestion of musical work”. The word "digestion" is key, because it implies that there's more to the task than simply casting evaluative judgement, or relaying accurate information. The critic has done their job only when they have helped other listeners get more out of the music. A lot of my favorite music writing–e.g. Energy Flash and More Brilliant than the Sun–does this by bringing the visceral thrills of new developments in populist music styles to listeners who are disconnected from all the vernacular excitement, vaguely aware of the music but not yet grasping what's so revelatory about it. Kit Mackintosh's Neon Screams is very much in this lineage, both in aim and quality.

The underlying contention of Neon Screams is that a new universe has opened up in music over the past decade. This universe is a "maelstrom" of "vocal psychedelia"–a vast expanse of possibilities catalyzed by autotune. This is a revolution equivalent in magnitude to the arrival of the synthesizer or the sampler. It's the sound of the future.

While the narrative being advanced is a bold vie for contested territory (that of what "futuristic music" means in 2021), it's not without precedent. For example, Jace Clayton devotes a entire chapter of Uproot: Travels in 21st-Century Music and Digital Culture to the same basic argument, describing autotune as the most important piece of musical equipment to emerge in the past 20 years, and contending that it's the technology's ability to distort rather than correct vocals that provides such fertile ground for innovation. So Mackintosh isn't just some crazy person (at least, not for his thesis here).

What's truly special about Neon Screams is how it makes this case. Most music journalists, if tasked with writing this book, would have taken one of the following approaches: (a) assemble an exhaustive Wikipedia entry, dutifully running through every notable purveyor of autotune and related technology or (b) focus on connecting the music to the hard social realities that surround and shape it, thereby legitimizing it as worthy of Serious Consideration in an explicitly political sense. Although writers adhering to these paths can produce invaluable work, there's one crucial question that they don't answer, which is... what are the dreams of this music? We get some of both the former approaches, but it's on this latter front that Neon Screams focuses and especially hits it out of the park. Other people have noted that autotune can sound a bit "cyborg", but Mackintosh expands this vague scribble into a mural, a religion with its own mythology and beliefs. 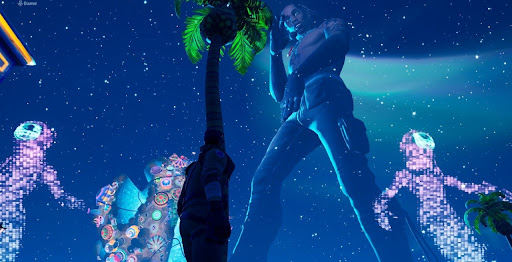 If you want to posit a new universe, it helps to have a good creation story. One unexpected highlight of the book is its account of vocal psychedelia's germination: "the war for the future was fought in Jamaica at the end of the 2000s." Of course, this is only one of many stories you could tell about such a widespread musical trend. But Mackintosh wisely focuses on this starting point for its drama; the personalities of the artists involved mirror their musical virtues.

Particularly vivid is the depiction of Vybz Kartel, an artist who casts a huge shadow in both his own genre and the author's imagination. He comes across as a Voldemort or an Orochimaru... and at the same time a Prometheus. It's a great archetype: the brilliant disciple of an established legend, whose truculent personality and search for greater power leads them to the forbidden arts. At first, Kartel's rebellion is short sighted and literal: he lashes out at his forebearers physically. But as he becomes a force in his own right, he challenges them spiritually as well, drastically altering his appearance and becoming the first person to use autotune to its true potential... against his enemies. (As such stories tend to go, he eventually ends up diminished, a shadow of his former presence.) Yet Kartel is not the villain of this story, he's the hero. His "alien" image belies populist sympathies; he says that as long as the Jamaican underclass are still bleaching their skin, so will he. And his troublemaking winds up ushering in a new golden age of Jamaican music. After his great push into the future at the turn of the 2010s, other artists, most notably Tommy Lee Sparta and Alkaline, take further what he started. 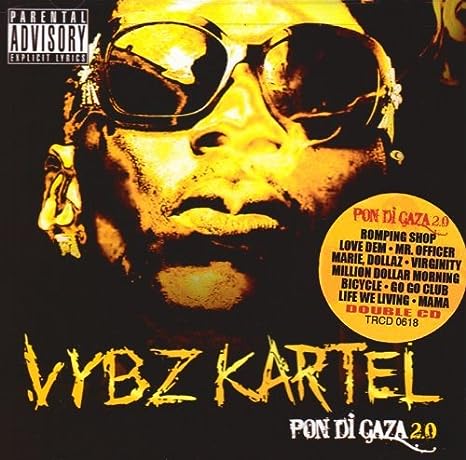 Neon Screams also makes plenty of entertaining distinctions within the vast swath of "street music" it covers. For one, Mackintosh gives the overstretched term "mumble rap" a more vivid meaning through a combination of active listening and imagination. Vocals in mumble rap are described as hyper-organic in a grotesque sense: all kinds of timbres the mouth is capable of making are refracted through autotune into new forms. It's music that's so organic it's almost body horror. The genre's pastoral, soothing instrumentals might seem pleasant at first, but when these landscapes are juxtaposed with the mutants who inhabit them, their promise feels empty, illusory. Fortunately, this is just one realm we pass through, and the promise of utopia comes true in the later development of "frag rap", a style owing its name to the fragmented, staccato approach favored by its vocalists. Rap dissolves into "glimmering constellations" of ad libs, voices in the Cloud zooming through digital space... Look, all this is just from a few pages! Contrary to the notion that all music that uses autotune and 808s sounds the same, we find that it contains multitudes of colors; there are many zones of affect within this larger universe. 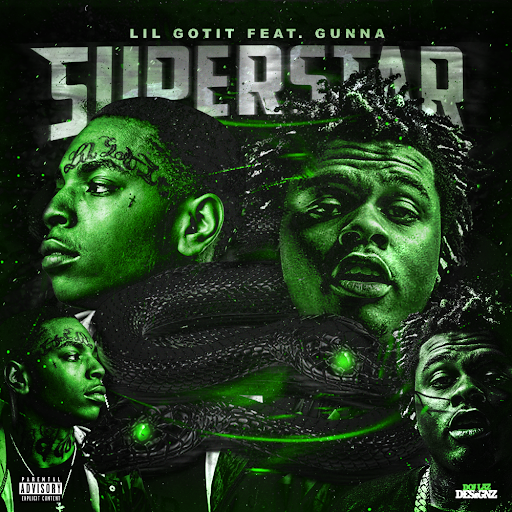 Something has to be said about the book's prose. It ranges from conversational to unabashedly purple, occasionally reminding me of Tolkien's translation of Sir Gawain and the Green Knight due to all the alliteration and assonance. There is, of course, a risk of coming across as a pretentious asshole when you write like this. But here Mackintosh succeeds on two levels. First, the poetic, musical writing style fits the imaginative content better than a more academic style would, resulting in countless brilliant descriptions. And second, this uninhibited approach reinforces a sense of the book's unwavering confidence in its own argument.

It's this very self-assuredness that at times makes me want to doubt Neon Screams. There is always the concern with this sort of project that it's overly dependent upon the author's own cleverness, that they could spin absolutely anything into being an innovation. I get this feeling occasionally when reading the old posts of blogger Rouge's Foam, a.k.a. Adam Harper. In the late 2000s Harper was a lot like Mackintosh, an intimidatingly clever young adult who wanted to battle the narrative that there was nothing innovative or futuristic happening in music. Harper's dogmatic enthusiasm for the music he championed lead to the occasional statement which can seem, to the less galaxy-brained of us, patently absurd–such as his contention that Zomby's use of a fade out to end a track was "quite innovative". Ironically, clinging too tightly to a polemic can make your writing less convincing.

Mackintosh thankfully avoids this trap by sprinkling dashes of nuance into his writing. Sometimes he shows more appreciation for an artist or style than you might expect. Take his characterization of Kartel's arch rival Mavado, for instance. Earthy, "oaken and splintering"–the "Gully God" Mavado is everything that the straight-out-of-a-cyberpunk-novel Kartel opposes. Yet despite his position on the wrong side of the book's framework, he's spoken of almost as glowingly as Kartel. We even get a surprising appreciation of vaporwave, which "articulated something universal in the Internet Age" so well that it seeped into the music that Neon Screams covers. Mackintosh isn't above poking fun at his own side either, observing that Brooklyn drill artist Fivio Foreign is is either delivering the most subtly advanced frag rap ever, or making "the dumbest music you've ever heard". If the book didn't have breather moments like this, its most dazzling passages wouldn't hit as hard.

If I had to pick to something to quibble with, I would say that there's a case to be made that vocal psychedelia is much older than Neon Screams lets on. Autotune (etc.) itself may be new-ish technology, but the broad area of magic in which its best practitioners operate was discovered long before the 2010s. Even when electronic music was at its most primitive, people were creating otherworldly "voicescapes" (to use a revelatory phrase from the book), and they never stopped in the interim. In 1944, Halim El-Dabh recorded a street exorcism in Cairo and used electronic effects to intensify the chilling qualities of its singing in a (mostly lost) work called "The Expression of Zaar". Or take Karlheinz Stockhausen's 1956 masterpiece "Gesang der Jünglinge". One response to its premier, which Stockhausen read to Adorno live on air afterward, said it was "as if some radiation contaminated survivors of an atom bomb attack [were] trying to sing". This comment may have inspired Stockhausen's colleague Herbert Eimert; the composer, who grew up during the Edwardian era, delivered one of the most harrowing works of vocal transformation ever with the atom bomb-themed "Epitaph für Aikichi Kuboyama" in 1962. Even if you stick with pop music, you have tracks like Stacey Q - "Two of Hearts (A Capella)", in which the artist's voice shapeshifts into various wordless miragelike textures, including a haunting echo continuum resembling something out of Selected Ambient Works Vol. II. The list could go on and on. Mackintosh would probably want to point out that none these examples sound anything like the artists he's talking about. But nonetheless, they are instances of people using whatever technology was available to lend the human voice a superhuman expressiveness. The 20th century imagination wasn't all about tin can robots–the "posthuman" future has been gradually bubbling up to reach the surface of culture for a very long time.

But would covering more ground have made Neon Screams a better book? At heart, I don't believe so. That Mackintosh sticks so closely to the stuff that excites him is a feature, not a bug. It means that absolutely nothing in this book is covered in a perfunctory manner. Music criticism is only worth reading when it can help listeners get something more out of what they're hearing. And that's exactly what every single page of Neon Screams does. Seraphic light, reptilian shapeshifters, imps, gorgons, resurrected gang members, the cold glare of an iphone screen in a dark bedroom–are these the dreams of the future, the recent past, or the present? Perhaps the vision is so wonderful that it doesn't matter.